This project was selected as a Finalist by the jury of the 001 competition. Registration ID #580 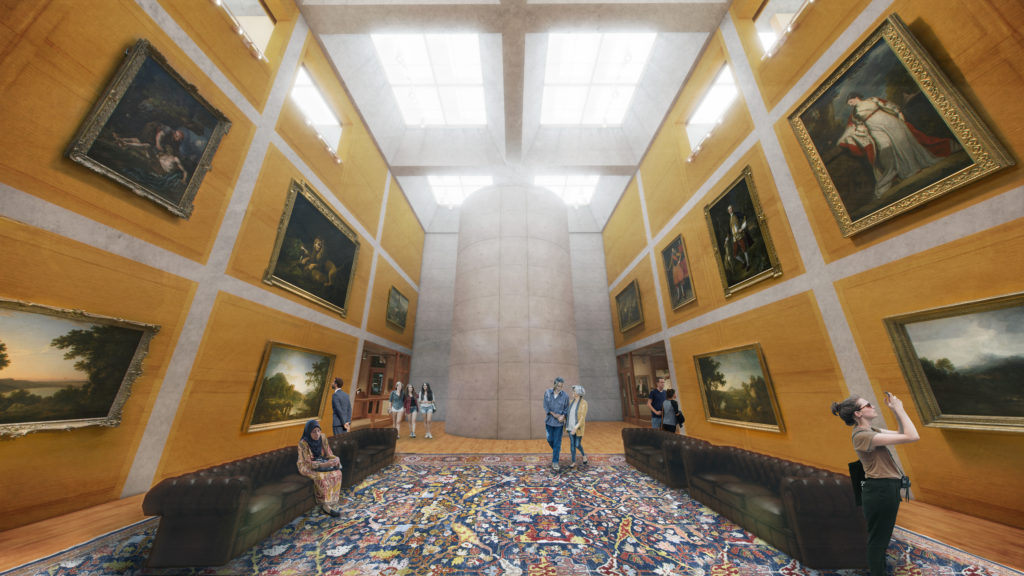 In my image, I intended to bring the qualities of Kahn's space out through a perspective of the central court space, which cohesively displays the building's effective daylighting strategy, its homogeneity, its symmetry, as well as its tension between openness and dividedness. I intended to represent the orthogonal, uniform, and symmetrical arrangement of the entire building through the composition of the image. In addition, I intended to represent Khan's effective and dramatic use of natural light by exaggerating exposure, bloom, and lens flare in the image, drawing more attention to the skylights.

In order to produce the image, my workflow consisted of adding 3D elements primarily in SketchUp, handling lighting and textures primarily through Enscape, and adding extra detail and adjustments through Photoshop. SketchUp and Enscape were used to create a realistic and accurate base rendering, while Photoshop was used to adjust the image colors, textures, objects, and lighting even further. I adjusted the colors of the image to accurately convey the contrasting warm and cool atmosphere of the space. I adjusted textures to represent the grunginess of the concrete and the smoothness of the wood. The paintings, the carpet, and the storefronts that look into the adjacent spaces were added from real photographs of this space and adjusted to fit the perspective of the image. Finally, textures were overlaid on top of the entire image to help a bit more in pulling it all together.