ROCKS IN THE RIVERBED: GEOLOGY MUSEUM AND RESEARCH CENTER
by Anthony Nitche

This project was awarded an Honorable Mention by the jury of the 002 competition. Registration ID #2171 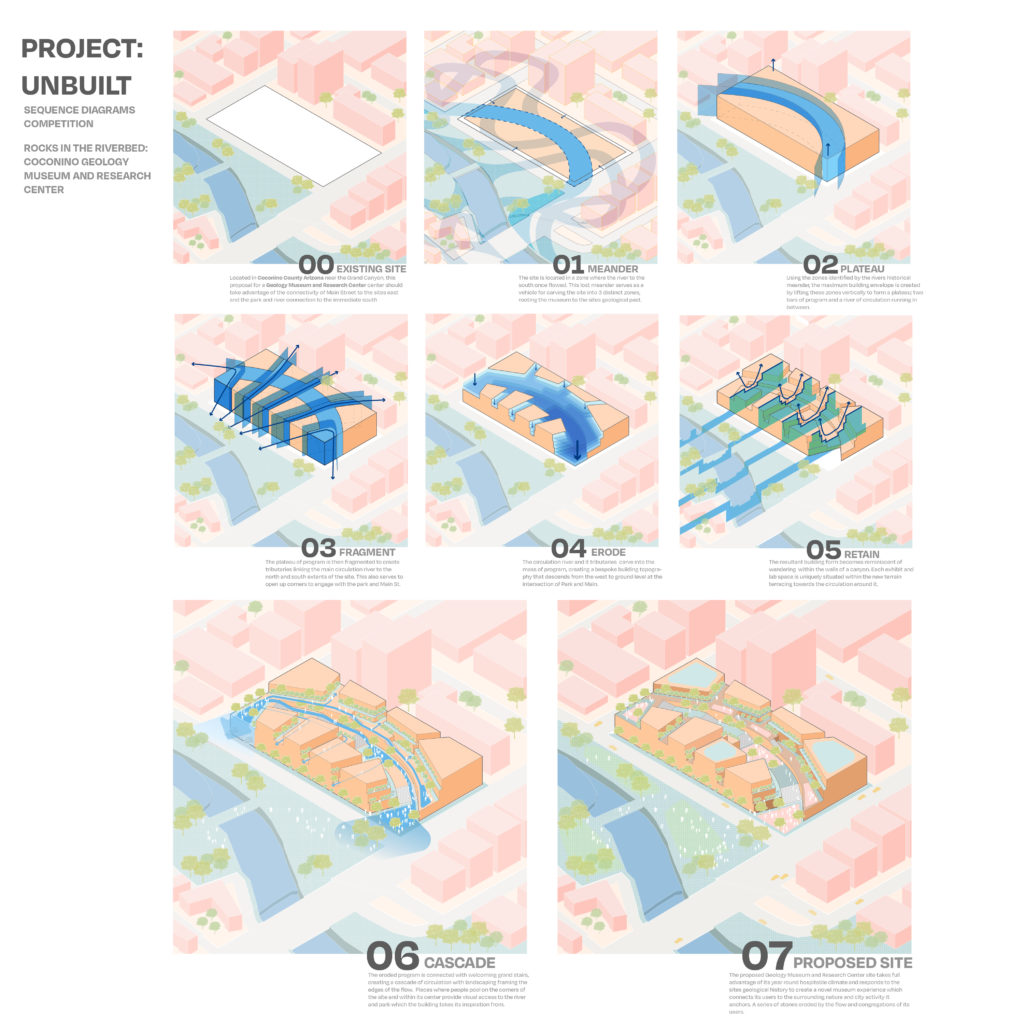 With this competition I wanted to challenge myself in two ways, one to work in a representation style I am less familiar with and two to develop a project with a powerful simple narrative but which was geometrically complex to test the limit of what a sequence diagram could communicate. The concept originally came from baking in an additional narrative to the site that was presented in the brief so I came up with the idea that the site was in proximity to the rivers historical meanders which could serve as a basis to tie the program into something geological, which I figured would be a complex challenge to explain in a sequence diagram. I wanted to use this opportunity to create a geological museum that would be experienced as a wanderer between rocks carved in a riverbed set in a temperate climate that would be able to use this building outdoors for most of the year. As such i set it in a temperate part of Arizona near the Colorado River/ Grand Canyon. Instead of water being the catalyst for erosion, it would be the flows of people creating opportunities for those pockets of space. In terms of process and workflow, I mainly used Rhino to create all geometries and drawing linework which was then exported to Adobe Illustrator for all coloration and lineweight work. Because the project deals with a simple narrative with complex geometry, having to visually explain ideas of erosion and the sectional qualities it creates was a challenging thought. Solutions i found were to create axon drawings that had plans and sections baked within them, such as showing the erosion as a series of "sealevels" within the project and the resultant form from that erosion showcased in a series of sections overlaid on the axon.