This project was selected as a Finalist by the jury of the 001 competition. Registration ID #532 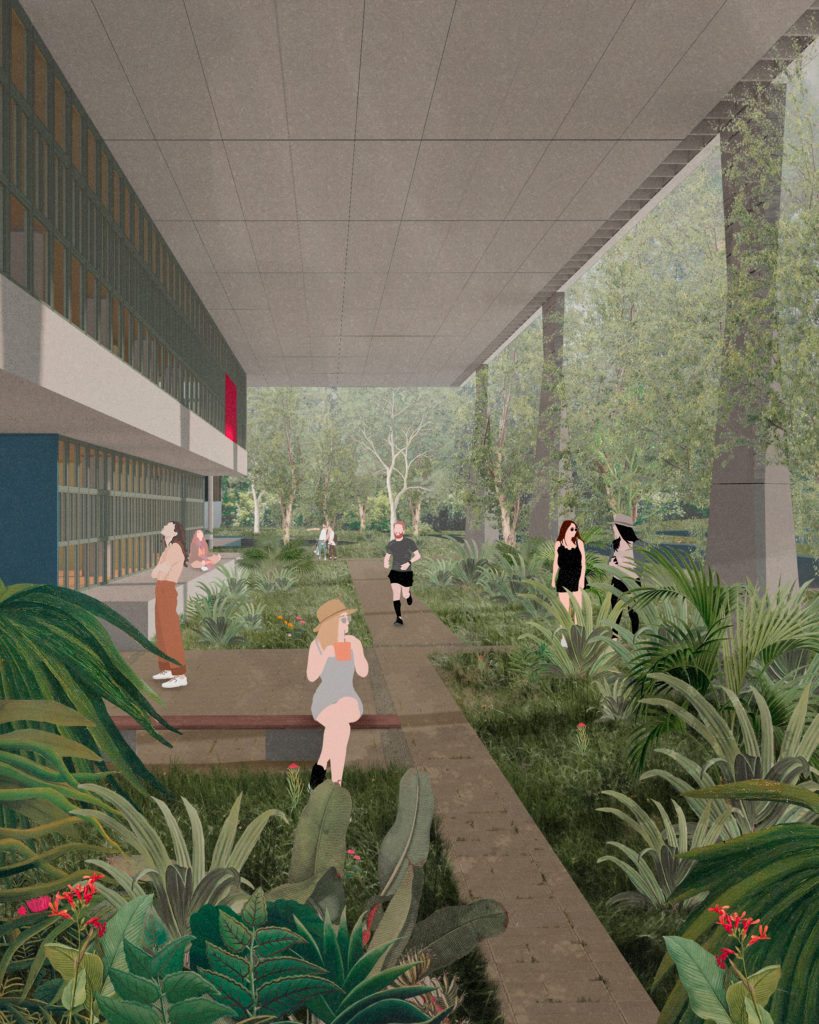 The final image is a post-digital collage, developed from a simple clay render exported from V-Ray for SketchUp and later elaborated through Adobe Photoshop. Inspiration came from the close relationship between the building of FAU USP and its lush, surrounding “natural” context: the framing of the scene wishes to emphasize the seemingly invisible limit line between anthropic and natural, highlighting the tall portico-like structure and the way nature creeps in, undisturbed, towards the building.
Collage was chosen as the media to transmit rather an atmosphere than mere realism, accentuating the timeless relation between concrete and greenery, giving it a somewhat melancholic atmosphere. This was also enforced by selecting vintage botanical prints, almost to mimic hand-cut pieces from analogic collages.