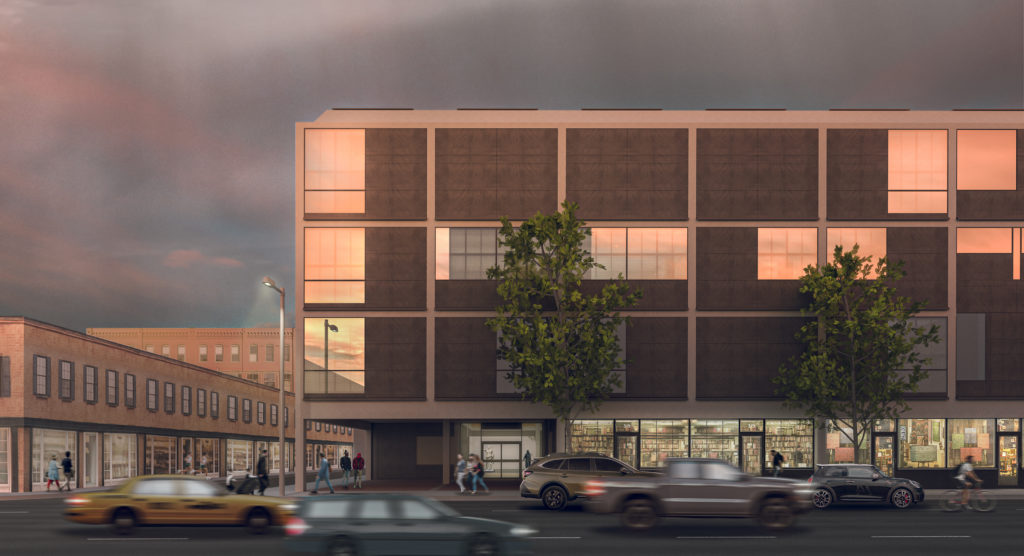 For this image, I was trying to present the contrast between Kahn's rich, ordered, monumental design and the chaotic hustle and bustle of the urban street.

When it comes to workflow, I spent some time in Sketchup exploring different compositions, trying to decide what best fit my concept. Then I did some test renders to figure out lighting and what additional modeling would be needed; I added some detail to the streets to give those more definition. For the renders, I used Podium. My goal for the render was to get the building rendered with detail and have the context simply be a clay render so I could Photoshop facades and such. In Photoshop, with dozens of layers, I added in the entourage, mainly focusing on the "chaotic hustle and bustle" part of the concept. In Lightroom, I worked to create more balance between entourage and the main focus of the image to really make the concept pop.

Overall, this was really a great exercise in balancing work in Sketchup/the render engine and in Photoshop to create a base image that could be refined in Lightroom with the larger goal of creating a well-composed, meaningful, realistic image.