This project was awarded an Honorable Mention by the jury of the 001 competition. Registration ID #441 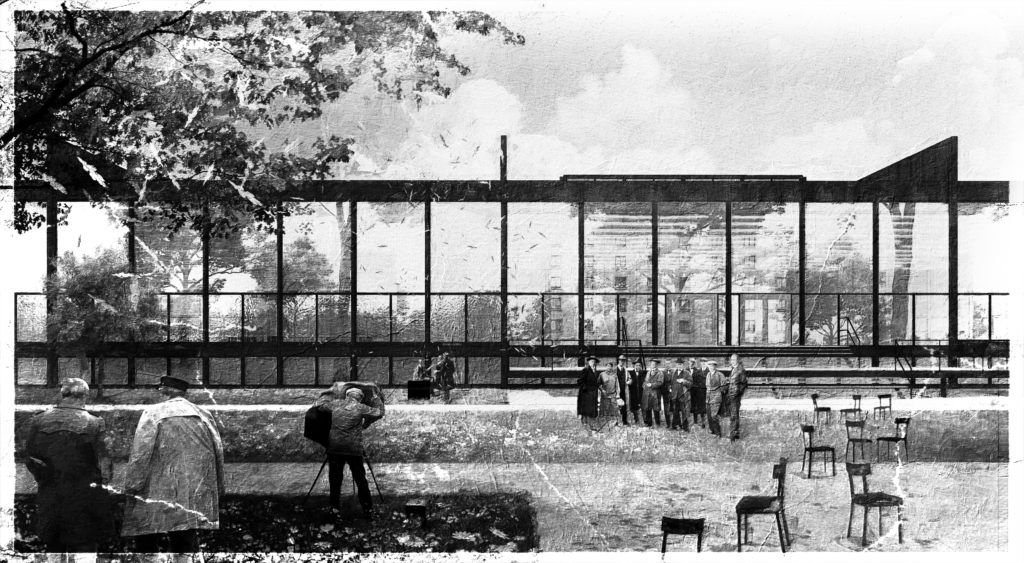 The approach for the image was rather simple but complicated at the same time. At first, I wanted to create a feeling, a sense of reminiscing. I was having trouble finding the right angle to frame the building but found it nonetheless. This image was done in Lumion for the base but was later processed using Photoshop to get the grainy, worn-out old photography about the open ceremony of the Crown Hall itself. Mies van der Rohe colleagues were lining up to take a photo in front of the magnificent piece of architecture. The framing displays the order and proportioned layout of beams, the careful use of different glasses is also displayed in the image.