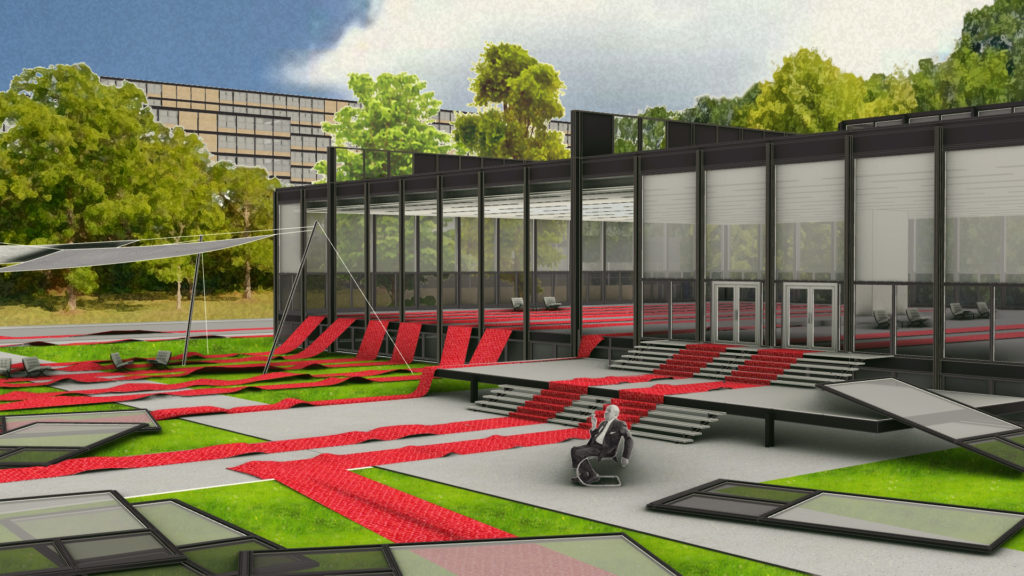 The dissemble of Crown Hall's façade conveys Mies van der Rohe's thoughts of "less is more" and "almost nothing".
Fist of all, his creation was described as "almost nothing" not only because he did not try to define the usage of the building but also thanks to the continuation between his space and the outdoor spaces. The hanging canvases in the render are somewhat similar to his building in terms of creating an artificial environment that still strongly connect with the surrounding landscape, and can be made and used in many places.
Speaking of "less is more", the idea is represented in the industrial products. The industrial parts, including the glass façades, the red carpets, and even the whole buildings, are many but the procedures of production and assembly are distilled to very least. In short, the simplifications provide more accuracy and potentials for more creation.