Identity, permeability and the common
by 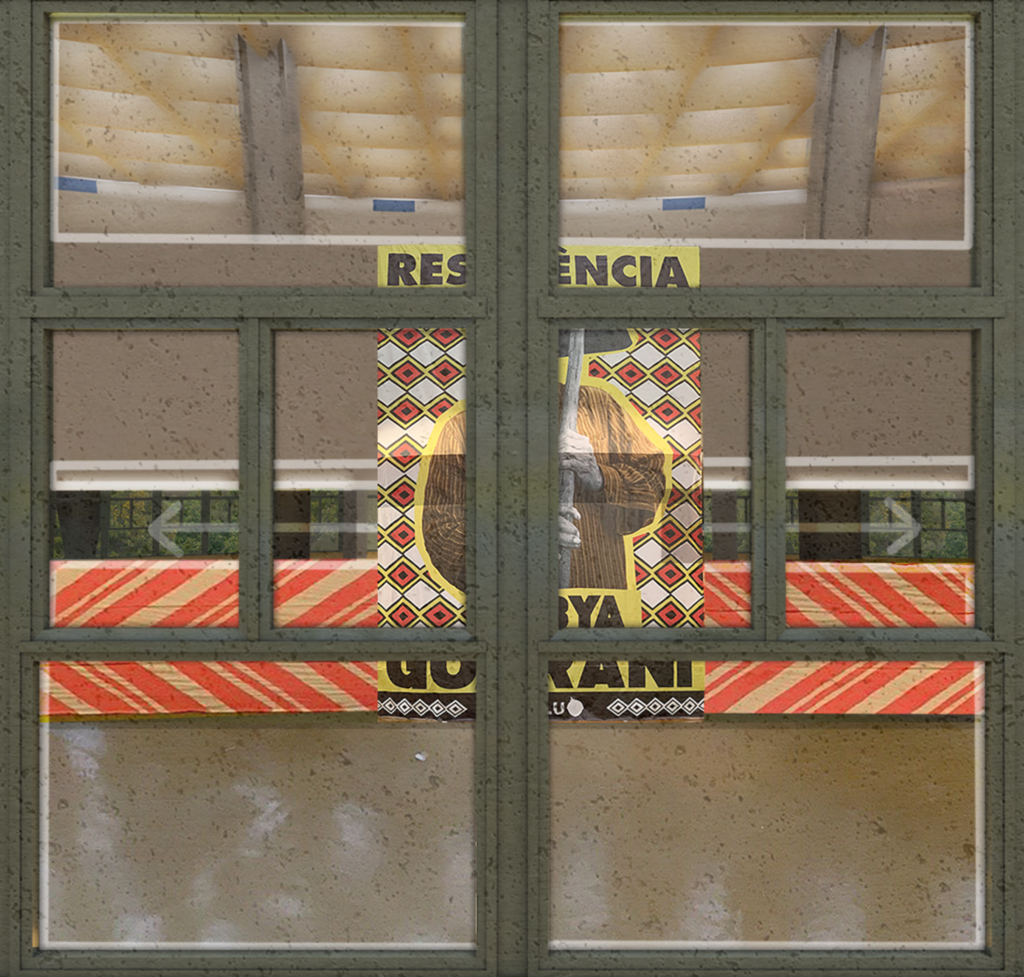 The choice of this perspective demonstrates the importance of the library within FAUUSP, or similarly, within the city. The view through the windows also allowed for a certain symmetry, which brings elements of the architectural design to the representation.

The image contains white separations, whose color stands out but still interacts with the image. The division carried out dialogues with the city's own architecture: identity, permeability and commonality.

A collage was made with the manifestation of resistance and the use of colors, as opposed to the sobriety of gray in concrete. However, a concrete texture was applied over the entire image to unify the whole with the symbol of modernism.

The process was performed with a rendering in Vray software from the SketchUp model. And the post-production, that is, the collage and editing elements of the images were carried out in Photoshop.