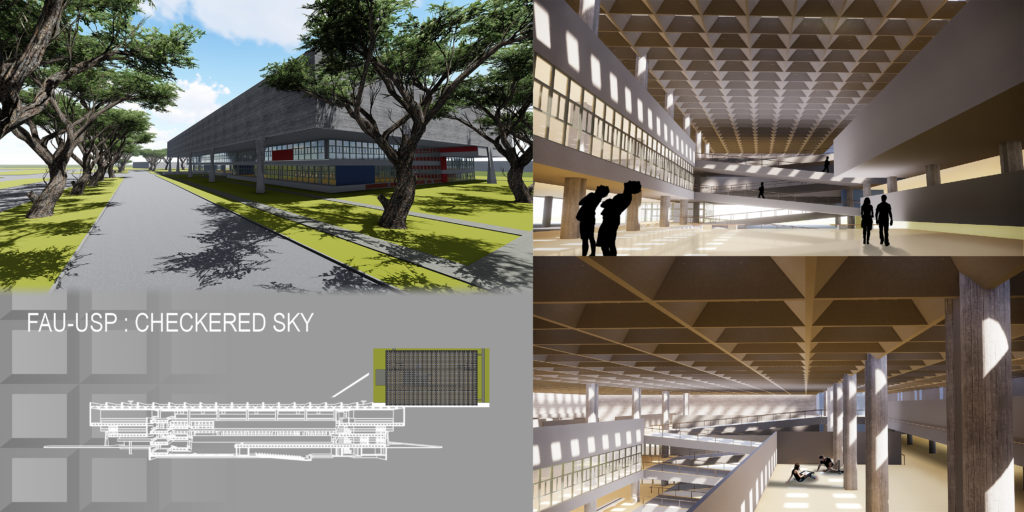 FAU USP is built to facilitate an architecture and design school at the University of São Paulo in Brazil. The building used exposed concrete as its main material which gave it a blocky and heavy impression. The main attraction of this building is in its shape which tries to give the concrete box a lighter feeling and the details on its ceiling which gave the building natural lighting throughout the day. Thus those two points became the main focus in developing this image. This image is processed by using the 3D model provided through the competition website. It is processed using Sketch Up, Lumion, Enscape, and Photoshop. Sketch up is used to inspect the model and choosing the picture’s angle. Enscape and Lumion are used to render the interior and exterior perspectives respectively. Photoshop is used to emphasize the shadows and reflection in the picture, inserting humans into the picture and putting the picture together.