This project was selected as a Finalist by the jury of the 001 competition. Registration ID #668 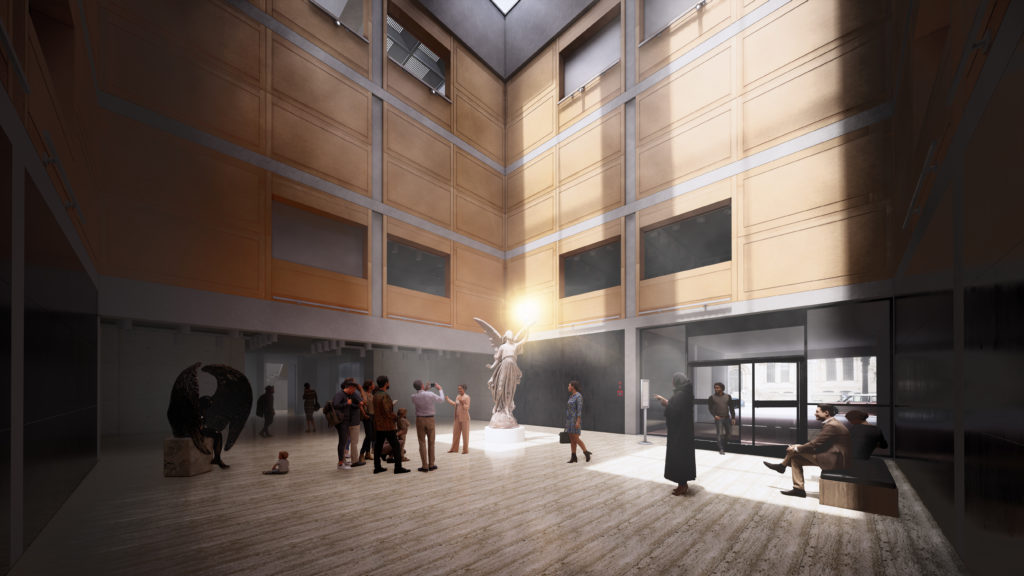 Started by studying literature, interviews, and Louis I. Kahn's lecture as a resource to erect visualization concept. The goal is to show the harmony of light and shadow, characters of light, refractions, and reflections Louis I. Kahn composed within Yale Center for British Art. This interior space is selected as it's the ideal space to show the play of light and shadow before entering more cavernous area of the building. Interior furniture and objects were all added in sketch up. Statues are added to give the exhibition atmosphere within this space and to initiate interaction with the surrounding space via interplay of light and shadow. This angle in this space made Yale University Art Gallery present in the frame as it's an important context of Yale Center for British Art. Enscape is used to add people and render the image as inserting via rendering software makes it easier to add the people's reflection on the floor. The rendered image is post produced in the photoshop to add lens flare as a result of light rays from the skylight reflected by the angel statue to the camera. The light from the skylight also feature the refraction of the glass which gives depth to the outside. All the small bits of light and shadow interplay composed to give the impression of enigma, yet the soft light from the skylight makes the space tranquil.