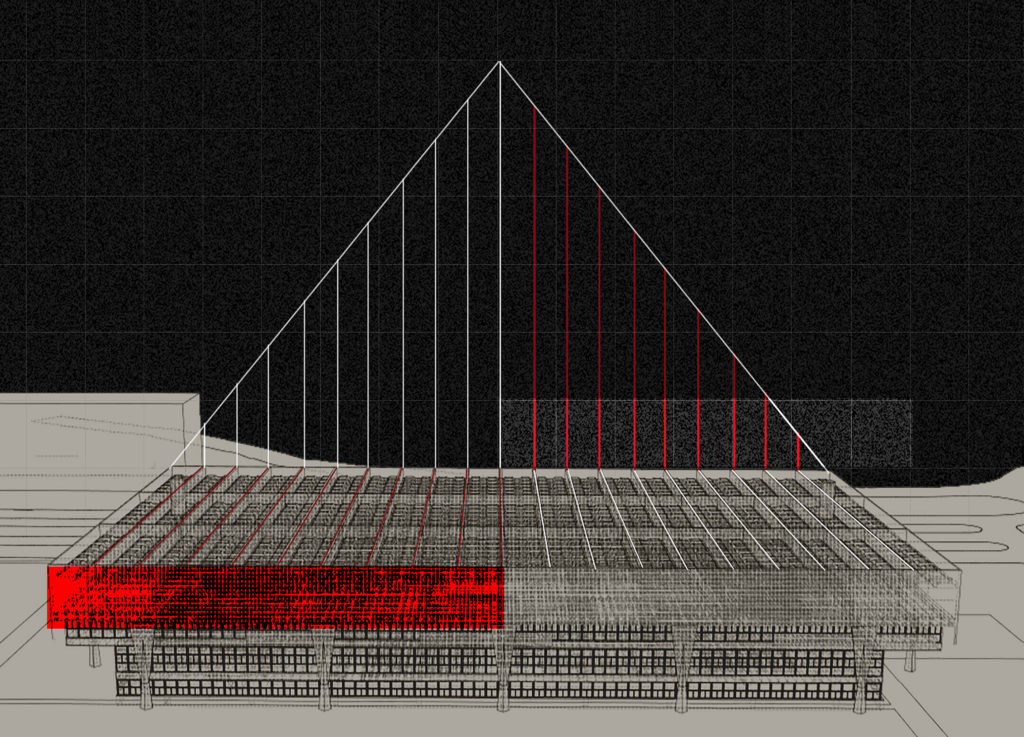 Architecture is not just walls and columns, it reflects people's ideas and conceptions throughout history. These walls and columns talk and witness every event that someday in the past was there or will be in the future. Therefore, it plays two roles, it affects the world and was affected by the beliefs of certain people.

The idea of this representation came from the importance of the atrium. The aim was to represent the merged two sides of the project - the cultural and political aspects - at one point. And from that point, dialogues and discussions could start. In that way, it represents, eventually, the power of collaboration. The design was captured by the lens of its binary essence. Done by using Rhino and Photoshop.