This project was selected as a Finalist by the jury of the 002 competition. Registration ID #1595 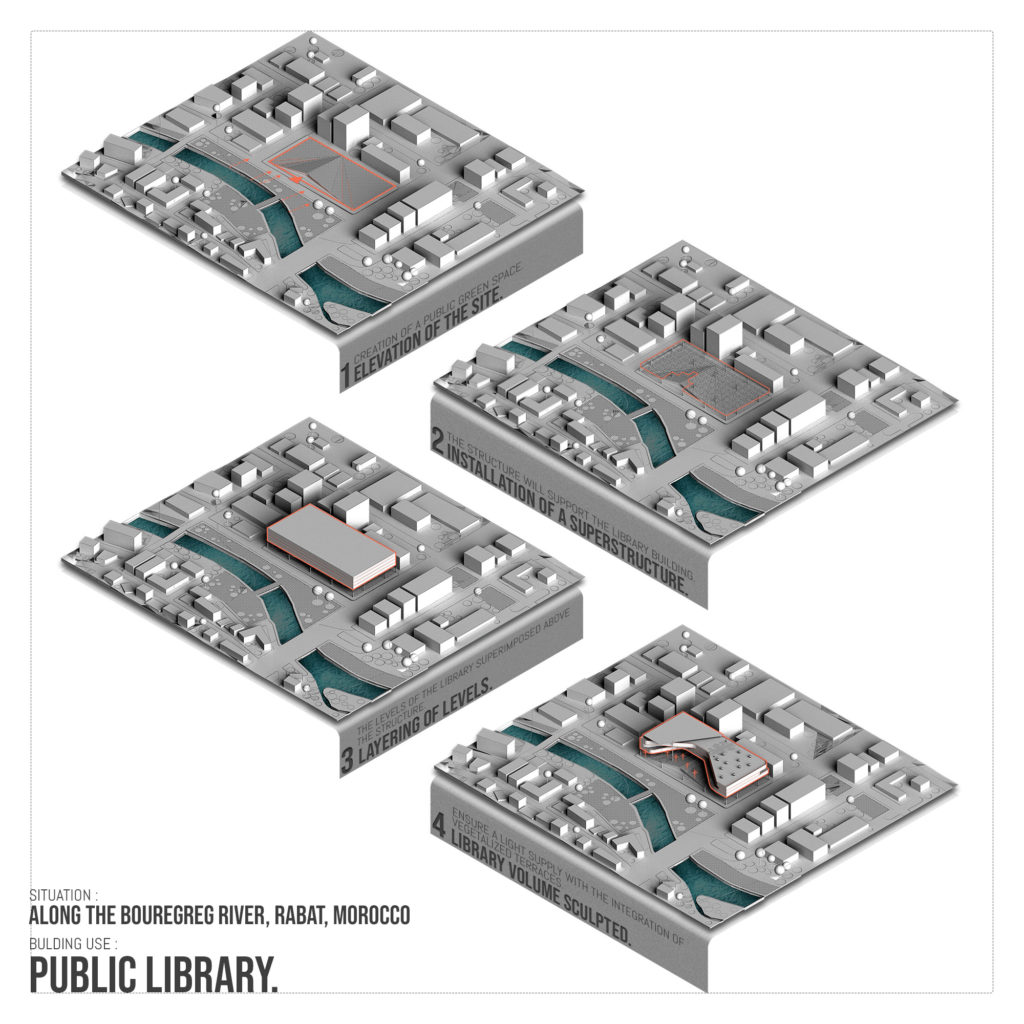 The starting point of this project was the choice of the site: The edge of the Bouregreg river in Rabat, capital of Morocco, a dynamic zone in terms of new projects which are established there, in particular the "Grand Theatre" of Zaha Hadid. This choice comes mainly from the fact of the existence of a river which presents natural issues to be taken into account during the design, but also from the cultural nature of the projects in this area which adapts to accommodate a library of this type.

The first research was done through plan and elevation sketches on Sketchbook, until I found the interesting idea adapted to the site, as a result, my choice was to raise the topography for the sake of foresight potential crus of the river, this elevation allowed the creation of a public green space, above which I installed a metal structure to support the building of the library. The volume will then be carved to integrate terraces and to open onto the green space on the ground floor.

Then I drew all this in 3D on Sketch up, then generated renderings in V-ray, which I treated on Photoshop and Illustrator in order to achieve the final result.