“almost nothing”
by by Nicole Hufano (Year Two Student, the University of Bath) 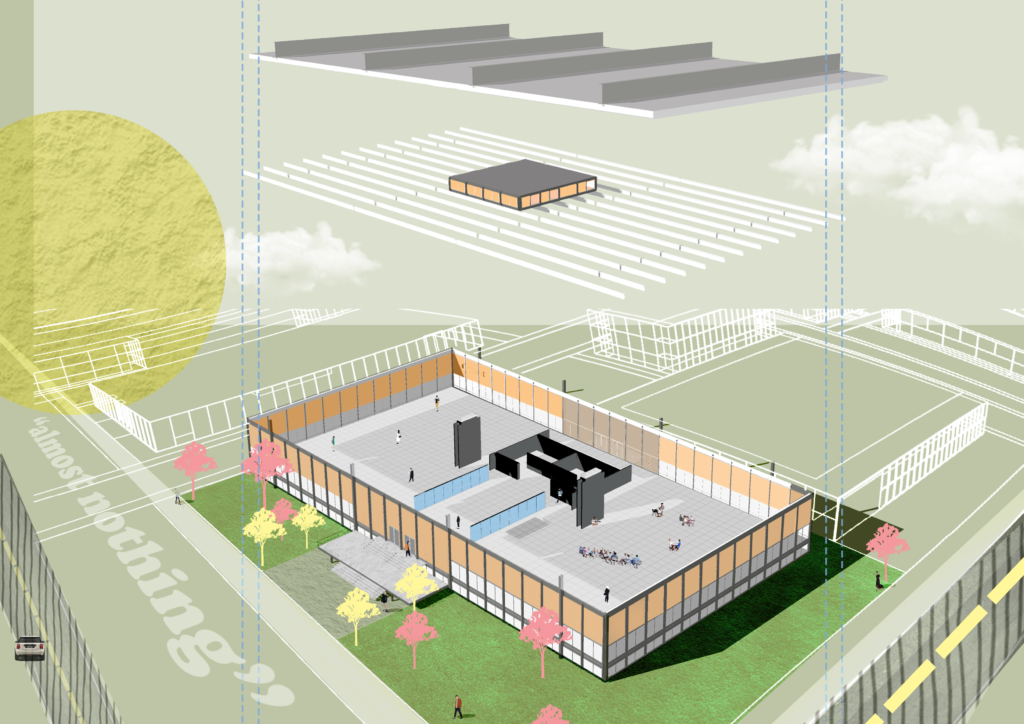 A digital collage piece to show the structural and functional essence of the CROWN HALL. Mies Van der Rohe described it as "almost nothing". To me, that became a starting point of the piece. I wanted to create an almost paradoxical interpretation to bring this "almost nothing" building to life. Being from the 20th century, I was inspired by pop art and bold, collage pieces, such as Andy Warhol, who minimised propaganda to its essence using art, hence the bold colours and the varied textures. I wanted to explore my style of Architecture rendering further and experiment with collage, I think it's so important to do this at such an early stage instead of relying on just rendering programmes frequently (like Lumion)- it was definitely a challenge but also a nice change.

This piece was made via hand drawn textures, such as the stripes on the road and the grid flooring; all photoshopped together. I mainly used AC programmes such as, Illustrator and Photoshop. I made a new model on Sketchup, overseeing masterplans and sketches and the files given for this project to make this, so though it doesn't quite match what the building is in real life, the essence is there.

It was difficult to diverge away from personal styles, assisted by classic rendering programmes however, it did take me back to my art days in school and allowed me to express a new style that I otherwise wouldn't have discovered whist at University. Though such a simple image (completely abstract and paradoxical), I truly feel the nature of the building is captured and, in this modern era, I think it's refreshing to discover and adopt new styles, as Mies Van der Rohe did with modernism Architecture.