This project was selected as a Finalist by the jury of the 001 competition. Registration ID #756 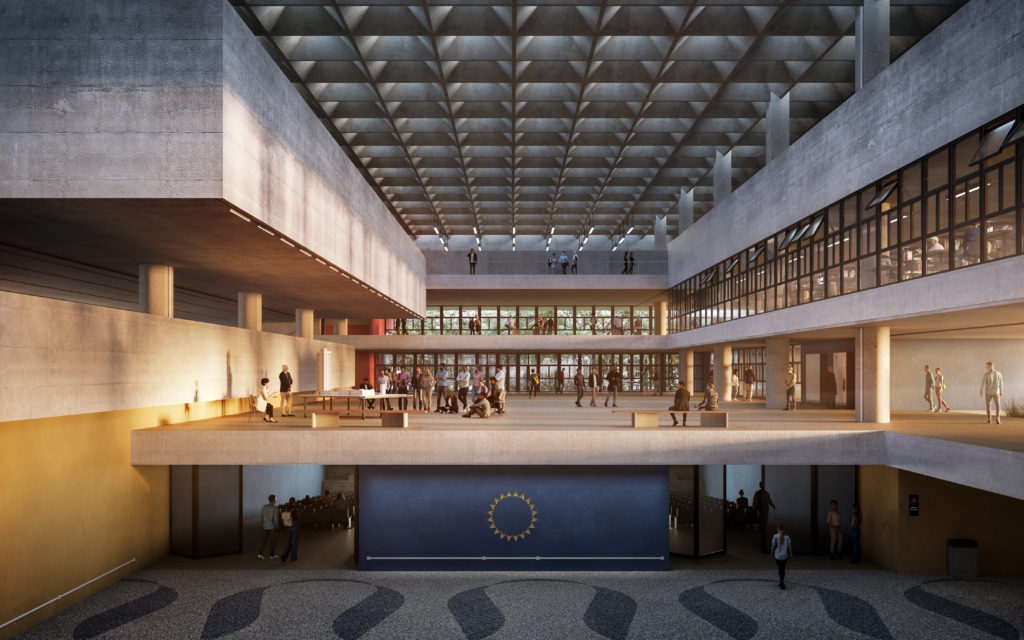 The first step was to study each project individually. I picked the FAU USP just because the interior layout gives a lot of freedom of programs within the space and I found that to be the main idea of the building.

After picking the project, I cleaned the base model on 3dmax and started texturing. Since the competition only let one POV, I choose a couple of cameras and started rendering some previews with corona to find out which one I liked the most.

The idea of this stage was to find unusual lighting scenarios that one could only create in 3dmax and not on photography in order to show an unseen "mood" of the building. After a couple of hours of testing, I went for a symetric center shot of the space with a very subtle low light which concluded on the central space being the main focus as intended.

After choosing the POV and light, I mocked up some students to balance and give life to the overall image. I opted to put as the main subject a whole class + professors as a way of portraying not only the flexibility of the space but to show how in architecture universities the teamwork is always emphasized.

The light and the ongoing class resembles the long hours' architecture students are used to do in order to finish their career.

Looking back, I have come to realize that even though those times were very stressful they were indeed very valuable; and sometimes, just sometimes, I would love to go back.