A Building for the Youth
by Ekin Meşe

This project was selected as a Finalist by the jury of the 002 competition. Registration ID #1661 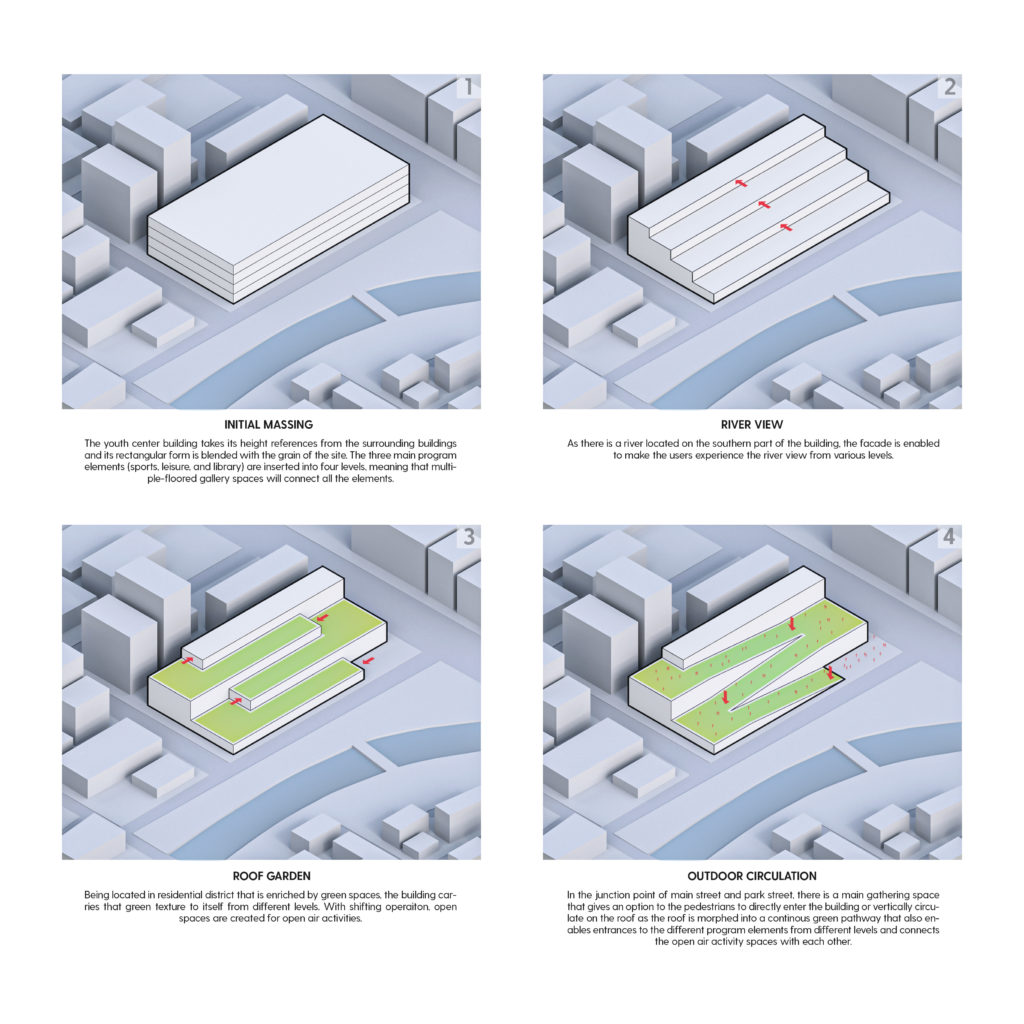 As a first step, I considered a scenario that can work with the inputs from the given imaginary site. I defined the site as residential district that lacks a center for the youth, so that the youth can gather and spend time in there. Located on the northern hemisphere, the site is compatible with outdoor spaces, therefore i did not hesitate to put roof gardens in my design. Then I looked for countless references, and i think BIG had the biggest impact as it inspired me the most during the process. After searching the methods of visualizing, i did some sketches and began modeling the site in Rhino. I wanted to keep the steps as less as possible in terms of number, that is why i kept the design simple and volumetric as possible. After modeling the masses, I clay rendered whole model with v-ray, and corrected colors in Photoshop. To emphasize my design, I drew lines from Illustrator and superimposed those lines with the renders, and played with colors again in Photoshop. In order to make the design of the image layout organized, I wanted to write down the building info while explaining the steps, so that i thought the reader of the image learns the function of the building while passing from one to another, rather than expressing the building's use part separately.